Digitization is now part of our everyday life. It’s everywhere and it’s impacting every individual in numerous ways. With the rise of new technologies and the supremacy of social networks, no industry and no customer is left outside of the digital revolution. Digitization is much more than a new tool, it’s a new paradigm leading to the growth of completely new fans in the sports industry: the 2.0 fans.

The common mistake would be to reduce these 2.0 fans to only Millennials, but the truth is far more complex. These 2.0 fans are an aggregate of old and young fans, of X, Y and Z generations, of local and international fans. These represent fans from all backgrounds blended into one brand new category. It’s as difficult to know who they are as it is to understand what they want. Nevertheless, one thing is for sure, they are the key to the future of sports clubs.

Until now, fans were left outside of the loop. They were passive recipients sitting in front of their TV screens, in the stadium, or behind their newspapers. Nowadays, sports fans are more active than ever. They are always connected wherever they are, whatever the time of day. They can talk directly with their sports idols on Twitter, post photos of themselves in the stadium on Instagram, and they are constantly interacting with millions of other fans worldwide. Following sports events on multiple screens is normal for them. They can also watch their favorite teams in live streaming from their favorite social media platform. For example, Twitter recently agreed with the NFL to broadcast Thursday Night Football and Facebook, similarly, agreed with sports actors to live stream their events on their respective pages. Facebook can now count on some of the most popular sports clubs and athletes among with the FC Barcelona, Manchester City FC, Russel Wilson and Michael Phelps. One of the most stunning examples of this shift from passive to active fans is the way clubs are now using dozens of different communication channels to reach their audience. Ten years ago, sports clubs were communicating through traditional media channels such as TV, print, and radio, which don’t allow any interaction with their fans. Now, almost every sports entity is active on Facebook, Twitter, Vine, and Instagram in order to spark interactions with their fans.

As a result, the 2.0 fans are now becoming the best ambassadors of their favorite clubs by multiplying their media impact and forcing clubs to adapt their content. In fact, content creation is no longer the exclusive privilege of the clubs and they are now looking for more creative ideas and sharable content. For instance, Manchester City FC has been one of the first soccer clubs to launch a Facebook Messenger chatbot and a Giphy timeline to share GIFs on social media. Recently, they have also signed an e-sport player in order to enlarge their reach and engage more with their audience.

“I’m going to live stream on Twitch (video streaming platform gathering 50 million users a month and bought by Amazon in 2014 for $1 billion), I’m going to be making videos for Manchester City’s YouTube channel and I’m going to be playing some City fans and representing City in future tournaments, which I’m looking forward to.” – Kieran Brown, Manchester City e-sports player.

Not only can digital and social media help sports club better engage with their current fans, it’s now one of the best tools to increase their fan base to conquer new markets. Indeed, the most powerful sports leagues are now reaching a plateau in their own national market, and they are looking for new opportunities. This trend is not new, first being used in 1978 with the NBA Global Games in Tel Aviv (Israel) and more recently with regular season games hosted in the O2 Arena of London. Every top US league is following this trend, with the NFL International Series and the MLB Global Games. Knowing the huge revenue stream coming from TV broadcasters in the sport market, every league and club is now aware of the paramount importance of social media and digital activity. It allows them to expand their fan base in order to sign lucrative broadcast contracts.

One of the best example of this is China with its 1.3 billion potential fans. In the last few years, soccer has developed at an incredible pace mainly driven by the increased exposure of European soccer clubs as well as the rise of the Chinese Super League. But more surprisingly, soccer development is being driven by the Chinese President himself: Xi Jinping.

“In just the past few months, a high-level government working group has been set up to tackle the problem. Officials have declared football a compulsory part of the national curriculum. About 20,000 football-themed schools are to open by 2017 with the goal of producing more than 100,000 players. Study-abroad programmes have been rolled out, as well as initiatives to lure 35 international stars to China in the next year.” – The Wahsington Post, February 2015.

The Chinese winter transfer window of the football Super League early this year has seen clubs spending $296 million, which corresponds to a 294% increase compared to 2015. Attendance has also risen over the past seasons and the league recently sold its broadcast rights for the next five years for $1.3 billion, a record sum.

Nevertheless, connecting with these new fans is not an easy task for European soccer clubs. Chinese digital behaviors are completely different from those of fans in the western world. In China – and most of Asia – digital equals mobile. While we have plenty of different platforms in our western countries – WhatsApp, Facebook, Instagram, Vine, Snapchat, Twitter, Youtube, Pinterest, Spotify, Yelp, Amazon and Ebay – China regroups all of them in one single app: WeChat. With its +600 million daily active users, WeChat is the place to be, but getting onto the platform takes some know-how. Clubs have to choose between a subscription account – where brands can push out one message per day – and a service account – which represents one message per week. Service accounts, while less active, reach more people and are better suited for e-commerce. Nevertheless, getting some attention on the app is extremely competitive, and advertising is more often than not leading to low click through rates. 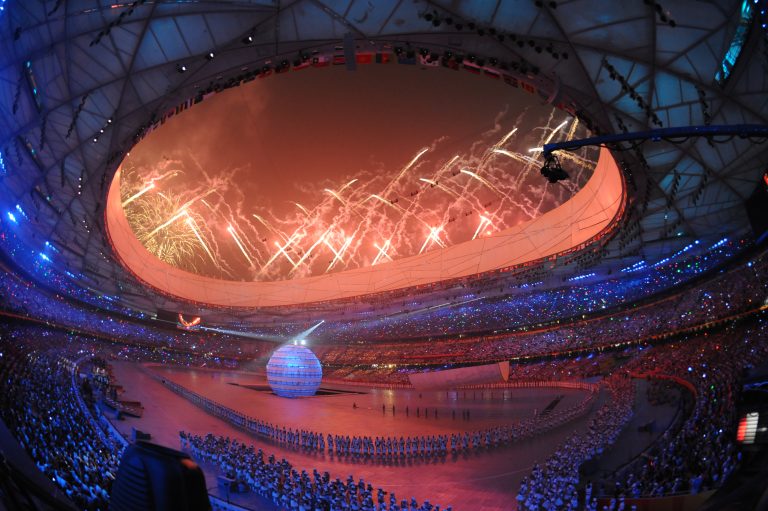 WeChat is not the only Chinese leading social network. Weibo – a mix between Twitter and Facebook – gathers +500 million registered users and is also a powerful tool for sports brands. On this network, European soccer represents the #1 most followed sport with its +70 million total followers with more than 35 European teams.

Data is the key to understanding and targeting fans

This rise of digitization in the sports industry not only creates new ways to better engage with fans and to reach new markets; it also opens plenty of new opportunities for newcomers. The competition is now fiercer than ever among traditional and new sports and entertainment companies, one of the best examples being the rise of the UFC (Ultimate Fighting Championship). Created in 1993, the UFC wisely used social media to become one of the most powerful sports league in the world, which led to their recent sale for $4 billion to WME-IMG. Who could have anticipated such a comeback after 36 US states banned the sport in its early stages in the 1990’s? Dana White, the UFC President, helped make this comeback possible by using social media and the digital revolution to reach his goals.

“Social media is very important to us moving forward, you can reach anyone, anywhere in the world and we have fans everywhere. The more we grow and go international, the more people we’re going to want to connect with and keep up-to-date on the cool stuff going on with UFC.” – Dana White, President of the UFC in 2012.

As a consequence, every sport and entertainment organization is now putting fans at the core of their strategy to not only develop their activities and increase their revenues, but also to survive in an increasingly fierce competition. Sports clubs are no longer product-centric companies; they are becoming fan-centric entities. In order to better target the needs of their fans, they are trying to truly get to know them. Fortunately enough, the digital era is also the data era. Massively user-generated through social media, this new data is now the cornerstone of every sports club strategy. Indeed, the rise of the 2.0 sport fan is also leading to another trend, the business analytics disruption.

Author’s note: This is a personal article. Any views or opinions represented in this article are personal and and do not represent those of people, institutions or organizations that the author may or may not be associated with in professional or personal capacity, unless explicitly stated.

View all posts by maxmetral